ATTORNEY JASON B. GROSKY - of Counsel

Attorney Grosky has lived in Southern New Hampshire for most of the past twenty years. He has a bachelor’s degree in English/Journalism from the University of Massachusetts at Amherst. Following graduation, he worked as a reporter for The Eagle-Tribune newspaper, where he covered breaking news, politics, local government and courts in Southern New Hampshire and Essex County, Mass. in addition to writing investigative pieces. Attorney Grosky was a lead reporter for the writing team awarded the 2003 Pulitzer Prize for breaking news coverage following the drowning deaths of four boys in the Merrimack River.
About that time, he began taking full-time night classes at Massachusetts School of Law in Andover. He earned his law degree in 2006 and passed the New Hampshire and Massachusetts bar exams. He began working as an assistant district attorney in Lynn, Mass. He has close to a decade serving as a district court prosecutor in Rockingham County where he handles an array of criminal offenses – from drugs and theft to domestic assaults to DWI and motor vehicle offenses. He appears in court arguing cases frequently representing the State of New Hampshire.
Attorney Grosky is an involved community member. He is in his second term on the Board of Selectmen for the Town of Atkinson, is a member of the Lions Club of Atkinson and past member of the Rotary Club of Greater Salem. He has served on the boards of the Plaistow Community YMCA and Timberlane Junior Football program. He and his wife, Gretchen, are the proud parents of three children.
Each day, Attorney Grosky fights for justice. He looks forward to meeting and working with you to fulfill your legal needs. 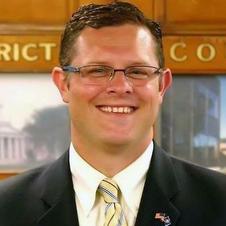 Admitted in NH and MA 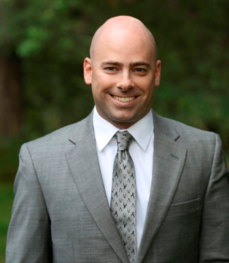 Attorney Clark is a lifelong resident of Southern New Hampshire. He has a bachelor’s degree in Business Administration from the University of New Hampshire in Durham, NH. After graduating from UNH he went on to obtain a master’s degree in Business Administration. He received his law degree at the Massachusetts School of Law. During his time at the Massachusetts School of Law he interned with several New Hampshire towns as a prosecutor. During that time he was exposed to several trials, different aspects of the court system, and the negotiation process involved with the law.

Attorney Clark also has over fifteen years of distinguished and trusted service in law enforcement in Southern New Hampshire where he has been involved in multiple complex investigations including fraud cases, embezzlement cases, and serious assaults. He has been involved in several domestic violence cases.  Attorney Clark also has extensive experience with investigating motor vehicle crashes and assigning fault to the responsible parties.

During Attorney Clark’s career as a law enforcement officer he has learned that there are always two sides to every story. He has enjoyed being fair and equitable and trying to find a resolution to problems that arise in people’s lives.

Attorney Clark would enjoy meeting with you if you have an issue so he can assist in finding a resolution to your legal matter.